Extra! Extra! Read all about it!!!

The Dogs bred at Crystalgene's have been taking the ring by storm!
The accomplishments of our dogs and their owners are amazing!
Click on each dogs name to learn more about them.


WTCH HC Crystalgene's Mystery Machine  RTDs, PATDc, AHBA-HRD 1, HRD 11, HRD 111, CKC-HI, CGC
Taz and Bob continue to rack up the herding titles in 08!
They went to the AHBA big flock trial at Fido's in Olympia, WA June 7-8th, 08 and took reserve high in trial on Saturday and Sunday got a qualifying score for one more new title.  AHBA Large Flock Trial sheep. (not sure how to write that one?) Bob and Taz also did an  ASCA Trial put on by ASC of WA on May 30th- June 1st, 2008, They had a good weekend there too with a Qualifying score in the Post Advance Sheep.  Added Ranch dog sheep to his list of titles, had a nice qualifying score on sheep in the B arena as well.  They also had a very nice run in the cattle, taking high in trial cattle. I have to ask Bob how to write all the titles as I know that there are many I am missing? We are Very Proud of these two and all their accomplishments! 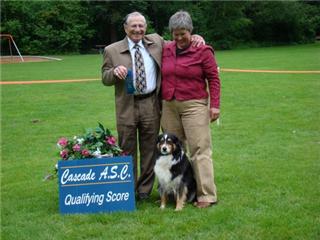 Jade gets her first obed. leg June 7, 2008 at the Cascade ASC shows!
We convinced her and Jamie to show and they got her fist leg with a Score of 185 under AKC Judge Allan Immerman 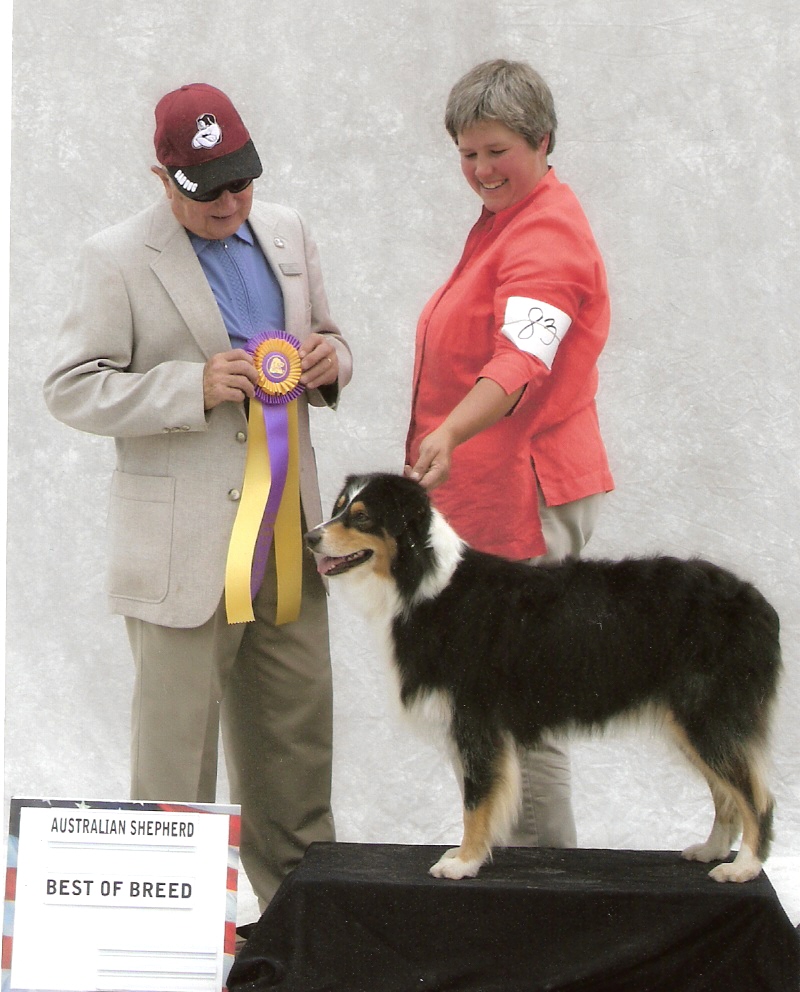 The 2-4 dog class was a large class of 6-8 pups,
We are proud to say we have some nice boys comming up
who took home some great puppy wins.......
Crystalgene's Dust Storm
BOBp under AKC Judge Don Dvork 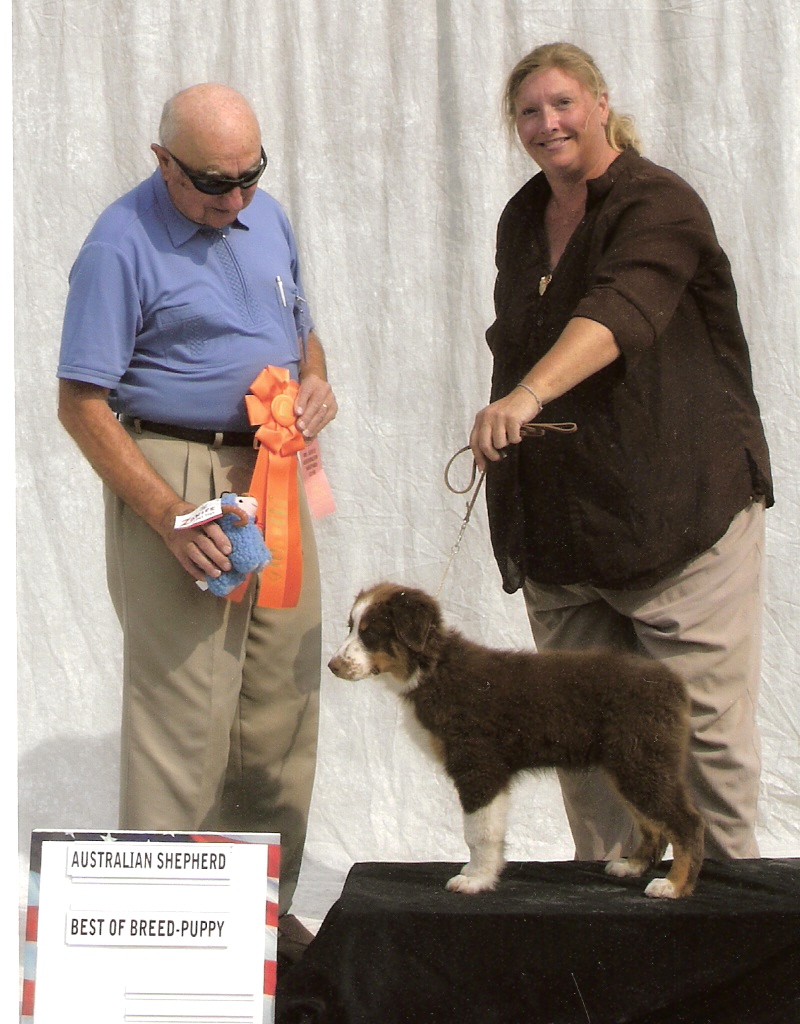 My Grandson Spencer and Crystalgene's Stars Go Blue
were in the ribbons at 4 of the 5 shows!!

All in all we had a Great Weekend!
Thanks Tri State ASCA for a Fabulous show!
2005 Brags
out of our Dutchie
CKC Ragtime's Goin' Dutch CGC, DNA-CP 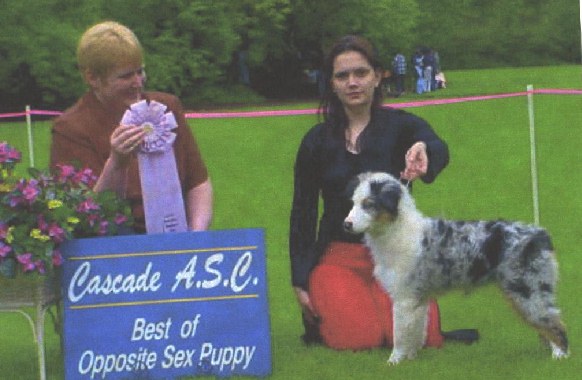 from our Bugs X Mysti cross 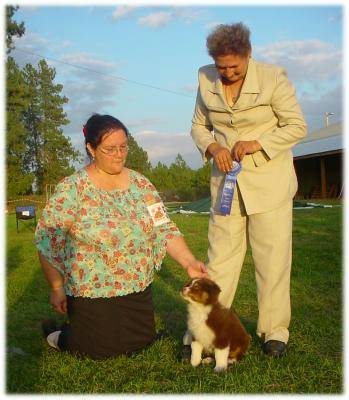 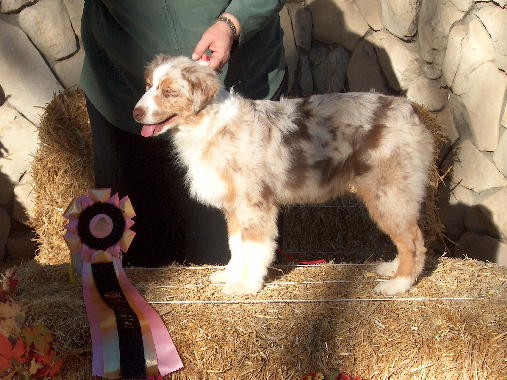 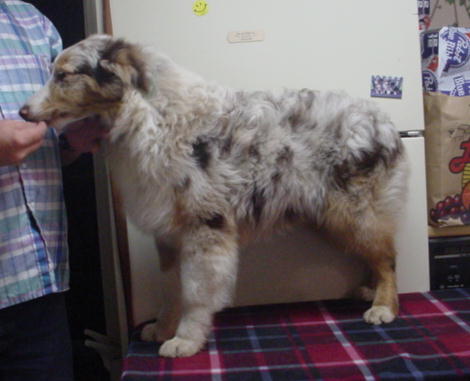 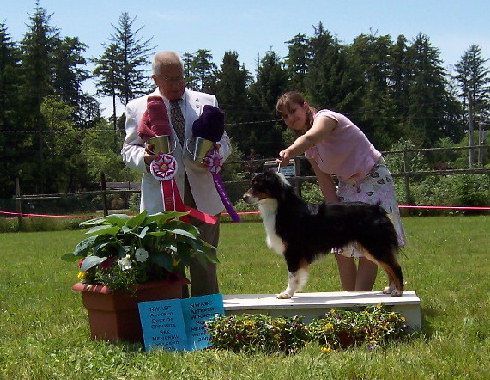 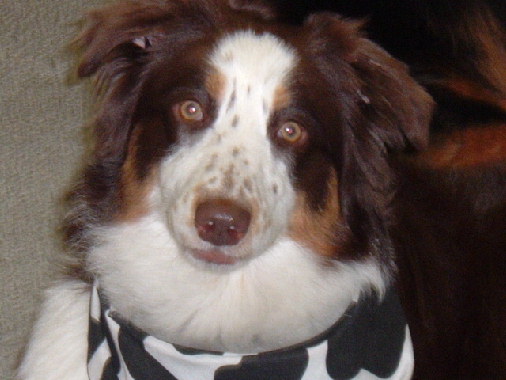 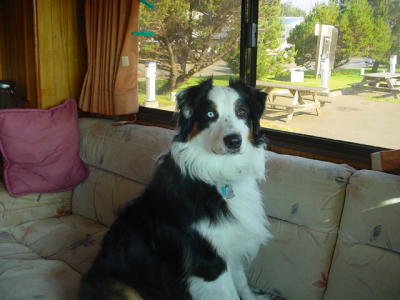 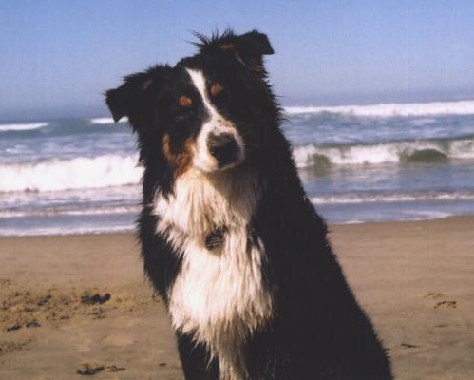 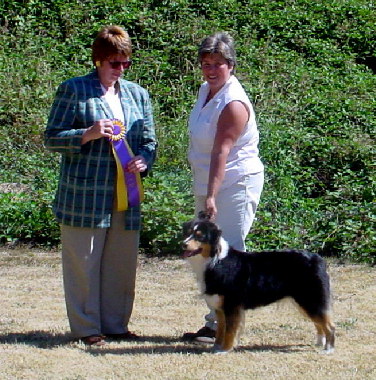 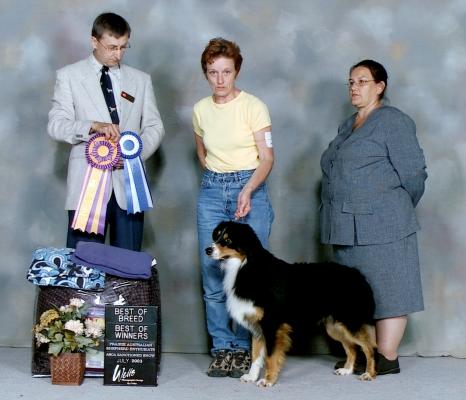 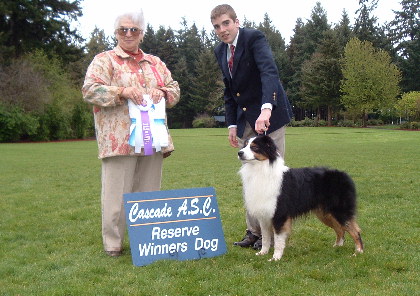 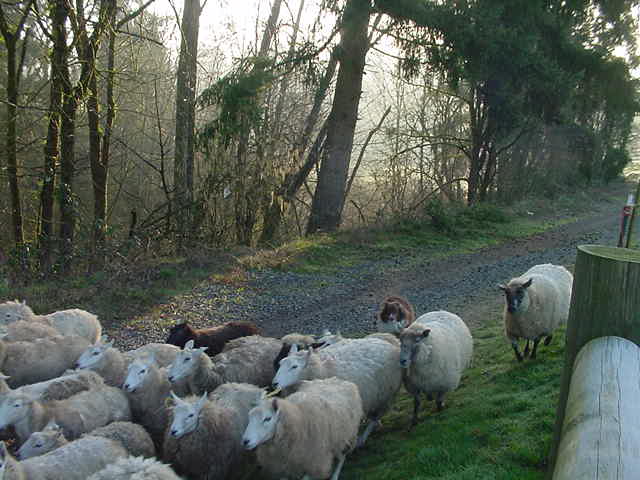 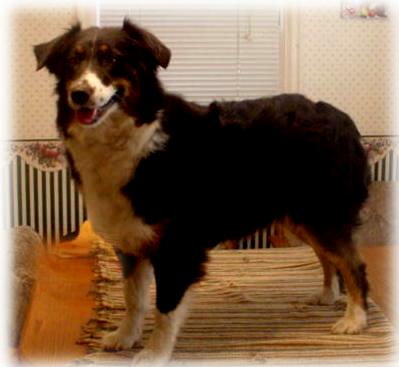 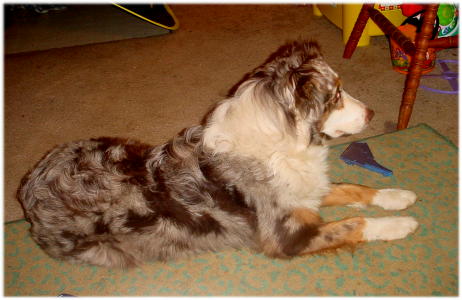